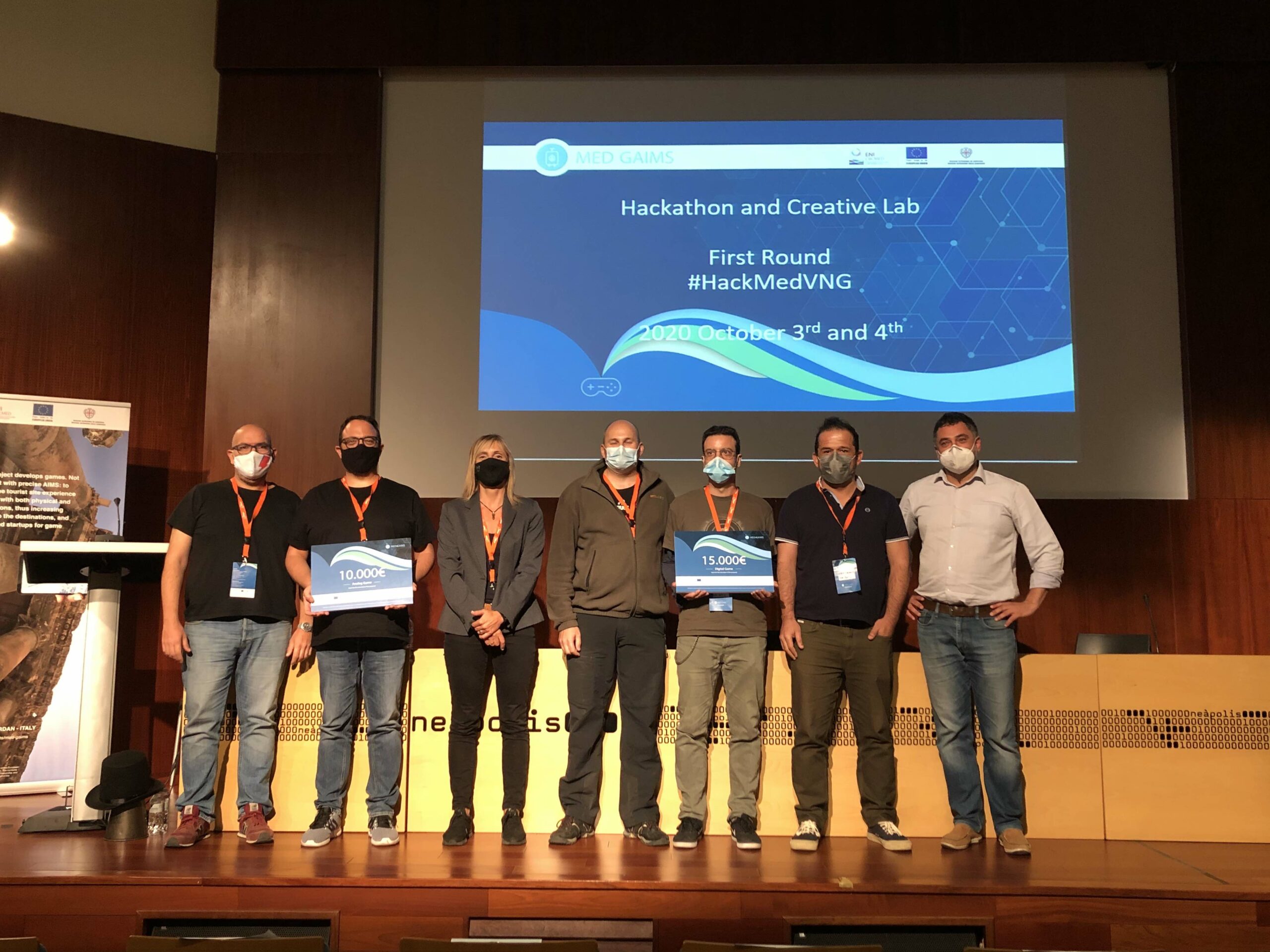 On October 3rd and 4th, the 1st edition of the Hackató & Creative Lab of the MedGaims project was held in Neàpolis, in which 7 teams took part to apply for the scholarships offered by the project. Throughout the weekend the teams selected through the previous nominations were working hard in order to develop and evolve their proposals before being presented to the jury.

On Saturday, October 3, the participating teams were accredited and attended the inaugural session that took place in the Auditorium. Once the instructions on which the intensive weekend on which the project would be developed would be based were given, each team occupied its work space and work sessions began aimed at facilitating the teams’ knowledge of urban spaces. premises, knowledge of agents and providing mentoring for both gamification and business project.

Specifically during Saturday morning they were able to exchange knowledge with Heritage Technicians in terms of knowledge of museums, Tourism Technicians in terms of knowledge of the city’s strategy and those responsible for Economic Promotion in order to fit the proposals in an overview of the project. In the afternoon of the same day they met with gamification experts who advised them on the evolution of the mechanics of the games and closed the day with a preliminary presentation that would guide them to prepare the final session before the jury.

On Sunday 4 in the morning, the teams received business project mentoring in order to be able to help them focus on the sustainability prospects of the final project and subsequently presented the project to the jury. The jury was made up of an expert in Cultural Heritage, an expert in digital gamification, an expert in analog gamification and 2 experts in the management of tourist destinations.

The projects that were funded were 2, one digital and one analog. The digital project is called “The Grandfather” and is a project that is based on the dissemination of historical memory in particular that of the Spanish Civil War. The game will be based on a mobile app and allows users to learn about historical content while moving around the city. The analog project, meanwhile, is called “Layers” and is a street game experience in which users move through the streets of the old town of Vilanova i la Geltrú finding clues and discovering curiosities if they follow the right path.

The MedGaims project is an international cooperation project under the scope of the ENICBCMED framework, in which 4 countries participate, Italy, Lebanon, Jordan and Spain. The aim of the project is to show that gamification can be a tool to develop new strategies for attracting tourism. Specifically in Vilanova i la Geltrú a total of 10 gamified experiences will be developed that will allow to create a differentiated tourist destination generating a unique attraction.