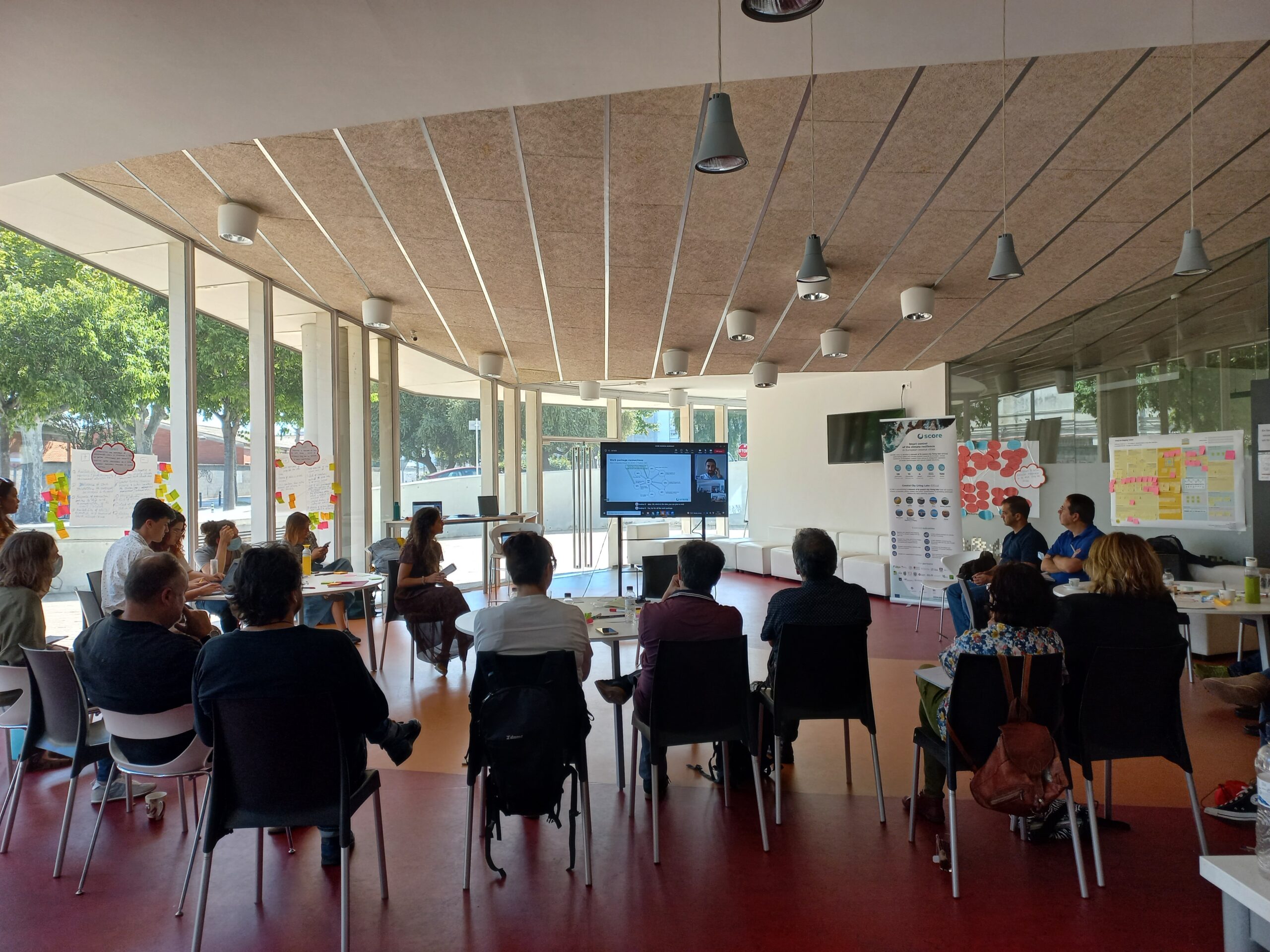 On the 16th, 17th and 18th of May, one of the European workshops included in the project took place in Vilanova i la Geltrú. H2020 SCORE ( Smart control of the climate resilience of European Coastal Cities). The municipality is one of the European cities participating in the SCORE project to improve the resilience of coastal cities to the effects of climate change, through a CCLL (coastal city living lab ).

CCLLs are joint design and creation-oriented laboratories that validate ecosystem-based approaches (EbA) for climate change adaptation. Over the next three years, this CCLL will host several workshops with the active participation of local and regional actors representing the public, the public administration, the private sector and academia (4 helix).

In these first 3-day workshops with the different actors, we have begun to discuss the first impacts of climate change specific to the area that affect local and regional areas, as well as the possible most appropriate adaptation solutions.

Each day we worked on the following issues:

It has been explained by international experts how to start collecting data, analyzing and proposing strategies to solve the effects of phenomena such as sea level rise and extreme weather events, coming to show the first proposals for modeling a digital twin for the project municipalities. And these first visualizations of examples of digital twins have been assessed locally in the same workshop in the afternoon.

Overall, the SCORE project has a duration of four years and involves 28 partners (institutions, research centers and universities) representing 10 European cities, with a global endowment of 10 million euros. Apart from Vilanova i la Geltrú, the cities that are part of the program are Sligo and Dublin (Ireland), Lisbon (Portugal), Massa (Italy), Koper (Slovenia), Bilbao and Alicante (Spain), Gdansk (Poland) and Samsun (Turkey).