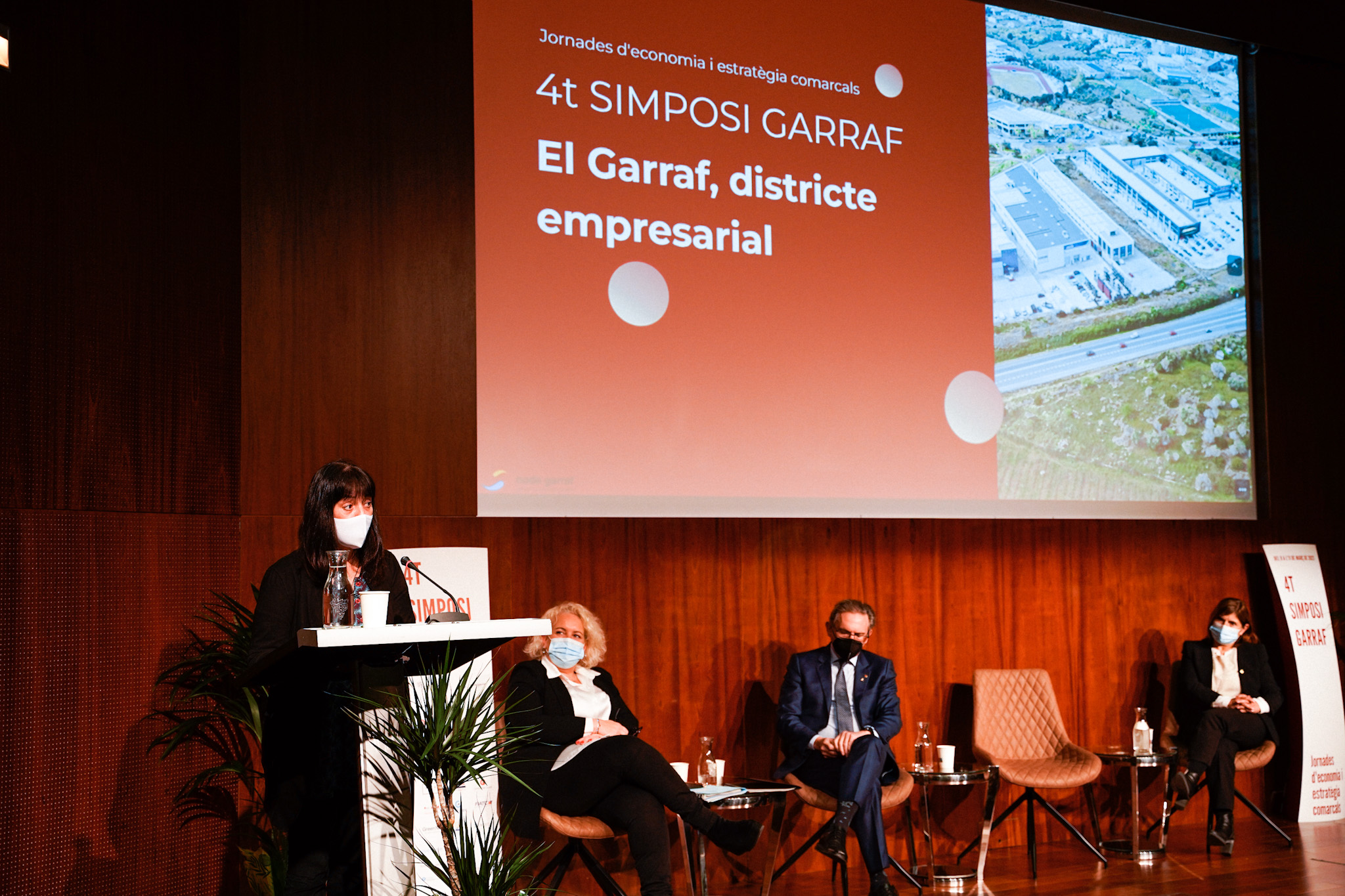 Last Friday, March 11, the 4th edition of the Garraf 2022 Symposium ended in Neàpolis, a conference where the concept of business district has been prioritized as a central theme.

The purpose of these round tables was to stimulate the necessary coordination of actions to recover the industrial fabric and promote a new economic dynamism in the area.

The presentations were made on March 9, 10 and 11 in different locations in the region such as the Palau Maricel in Sitges or the Casa de la Vila de St. Pere de Ribes and, finally, the closing ceremony was held in Neàpolis in Vilanova i la Geltrú.

In this closing, the Councilor for Innovation and Finance of the City of Vilanova i la Geltrú, Conxi Martínez, opened the session, highlighting the commitment to recover the quality industry, promote specialized training and deploy innovation as levers of the economic development of the region.

The day and the symposium concluded with the intervention of Jaume Giró, Minister of Economy and Finance of the Generalitat de Catalunya, who praised the work of Node Garraf, stating that “he trusted in initiatives that spring from diversity, decentralization and autonomy ”.

For her part, the Mayor of Vilanova i la Geltrú, Olga Arnau, spoke again about the need for reindustrialisation, as well as innovation and the attraction of talent as axes in economic promotion policies. These statements reinforce the message that these spaces for meeting and reflection, such as the Node Garraf Symposium, are necessary to encourage networking. He also reminded the councilor of the “endemic economic underfunding” suffered by the #Garraf , as well as the “resounding brake” on the C-32’s toll on the economy and all areas of development.

The organization was carried out by the Hèlix Garraf Forum, which is the expression of the quadruple helix in the region, the coordination was in charge of NODE Garraf as the Development Agency of the region, with the co-production of the respective town halls where the events took place.